Investing always encompasses risks. Generally speaking: the higher the risks are, the higher the yields can become. This "law" particularly applies to an emerging market like Indonesia: investing in Indonesia can be highly lucrative. However, it also entails more risks than investing in a developed country because Indonesia contains a number of country-specific dynamics and characteristics that (can) frustrate investment and undermine a conducive investment and business climate.

Demonstrations, one feature of an open democratic society, take place almost on a daily basis in Indonesia, albeit usually small-scale. Matters that are protested against range from political issues (such as perceived weak government performance) and economic issues (such as low wages) to social issues (such as religious matters). These demonstrations are directed - vertically - towards the government or - horizontally - towards other groups in Indonesian society. The key point here is that these demonstrations indicate that part of the people is not satisfied with the current state of the country. Indonesian history has shown that in some extreme cases (such as the ouster of Suharto in 1998) pressure from the people has succeeded in toppling the political power which consequently had disastrous effects on the economy. Although it is highly unlikely that such extreme events re-emerge (because of the current different political context), one should be aware that there exists repressed frustration in part of Indonesian society.

Solid preparation and thorough information-collection are key ingredients for investing in any country. Below we present a list with potential risks or issues that (can) disturb the investment climate in Indonesia. If investors or businessmen experience issues not mentioned here we kindly request them to contact us and share their stories. This information can be very valuable to others and help to create a complete and transparent image of Indonesia's business environment.

Indonesia has never impressed in the Annual Corruption Perceptions Index (by Transparency International). This index indicates the level of political corruption in a given country. Currently Indonesia's ranks number 88 (out a total of 175 countries) but its performance has shown a steady improvement since the start of Susilo Bambang Yudhoyono's administration in 2004. This section provides a detailed account on the past and present of corruption in Indonesia.

Learn more about corruption in Indonesia

Lack of sufficient quality and quantity of infrastructure in Indonesia has been barring economic and social development to reach its full potential. The country's recent macroeconomic growth in fact proves to be a burden on its existing infrastructure as it needs to absorb significantly increased economic activity. The government is aware of the need for huge investments in the country's infrastructure but, overall, there tends to be more planning rather than much-needed action although we detect positive developments during the Joko Widodo administration.

Apart from the issue of political corruption, there are other factors that negatively influence the effectiveness and performance of (good) governance in Indonesia. It is obvious that governing such an immense archipelago, containing almost 255 million people with different cultural and religious backgrounds, does not come without problems. This section gives some examples of governance that frustrate the Indonesian economy and the country's investment climate.

Learn more about governance in Indonesia

Earthquakes, tsunamis, volcano eruptions and floods are all phenomenons that occasionally make news headlines in Indonesia and take both human lives and damage the infrastructure. This vast country is located on the Pacific Ring of Fire, while most of its geographical space consists of water. These two circumstances make the country vulnerable to natural disasters; a situation which is worsened by the weak state of some of its infrastructure.

Indonesia has witnessed sustained and structural outbursts of violence throughout its history, but it seems justifiable to pose that the demise of the strong New Order government in the late 1990s has enabled both ethnic and religious violence to flare up in the regions because of the reduced role of the army in Indonesian society. This section discusses recent violent conflicts in Indonesia that contain an ethnic (communal) or religious aspect and analyzes its causes.

Although the majority of Indonesia's Muslim community can be regarded as moderate, tolerant and highly supportive of pluralism, democratic values and the secular state, there has always been radicalization on the fringes of the Islamic spectrum. These radicals aim for a larger role of Islam in Indonesian society, in particular in the domain of politics. Occasionally this radical community makes its presence felt by engaging in violent acts such as bomb attacks.

There are various macroeconomic shocks or developments that can jeopardize economic stability in Indonesia and therefore damage your investment or business in this country. For example, high inflation, a heavily depreciating rupiah exchange rate, rising poverty, slowing GDP growth, rising unemployment, or fiscal instability due to a widening current account deficit or weak tax revenue. Therefore, you should study the macroeconomic indicators of Indonesia. 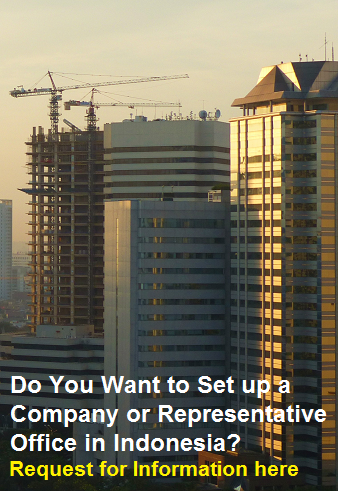