In March 2022 Indonesia’s fully state-owned electricity company Perusahaan Listrik Negara (PLN) announced that it decided to team up with the French Development Agency (Agence Française de Développement), which is a public financial institution that is focused on implementing policies defined by the French Government with the aim to fight poverty and promote sustainable development, to jointly develop a wind energy plant with a capacity of 200 megawatt (MW) in Pandeglang (in Banten). This project is called the Banten Wind Farm Power Development.

The Banten Wind Farm Power Development project is part of Indonesia’s ambition to source (at least) 23 percent of the country’s energy mix from renewable energy sources by 2025, and to be carbon neutral by 2060.

As noted in our earlier reports on the topic of renewable energy, it seems unlikely at this stage that – by the year 2025 – renewable energy sources can be responsible for 23 percent of Indonesia’s primary energy mix. Considering renewable energy only contributed 11.2 percent to Indonesia’s primary energy mix at the end of 2020 (see the table below, and –reportedly– 11.5 percent by the end of 2021), it requires some significant speeding up in the remaining three years to reach the target. 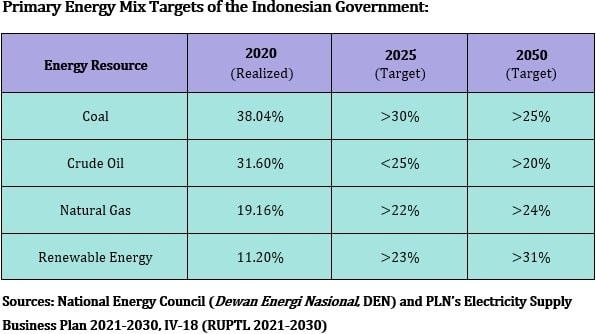 When we take a look at the table below, then we can see that hydro, geothermal and bioenergy are currently mostly responsible for ‘clean electricity’ in Indonesia. Wind power, on the other hand, is almost at the bottom of the table. At the end of 2021, a total of 154.3 MW of electricity in Indonesia was generated through wind power. 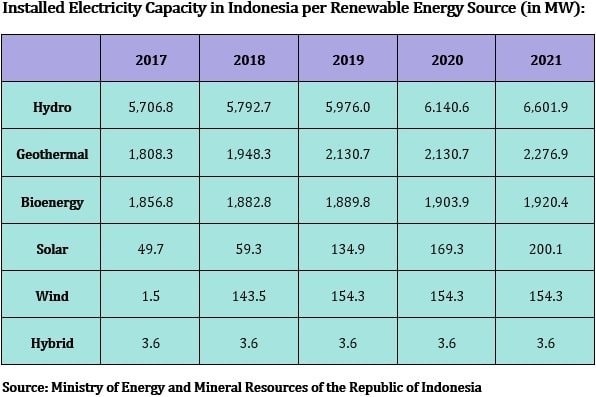 But based on a statement from Indonesian Energy and Mineral Resources Minister Arifin Tasrif, wind is actually the second-biggest renewable energy source in terms of estimated potential. According to Minister Tasrif, wind power can deliver up to 155 gigawatt (GW) in Indonesia once fully developed in line with its potential.

To put this number into context: total electricity generation across Indonesia (which includes fossil fuel-fired power plants) currently stands at around 74 GW. And so, if wind energy can be developed in line with its potential, it would be able to deliver twice as much electricity than the total of all power plants deliver in Indonesia today.

In other words, there exists huge potential for wind energy[1]. The question is, though, can Indonesia tap this potential? In this article we are going to take a look at recent developments related to wind energy development in Indonesia.

[1] Various Indonesian media institutions quoted Minister Tasrif’s statements during his meeting with the DPR’s Legislative Body (Baleg), including the estimated potential of wind energy at 155 GW and total renewable potential at 3,686 GW. However, Indonesia Investments could not find first-hand evidence that these numbers were stated during the meeting. The reason why we are somewhat skeptical about the numbers is that (1) they are huge, and (2) Minister Tasrif stated nine months earlier that Indonesia’s total renewable energy potential was estimated at 417 GW (which is an enormous difference compared to 3,686 GW), including 60.6 GW from wind power.

This is the introduction of the article. Read the full article in our March 2022 report. Order the report by sending an email to [email protected] or a message to +62.882.9875.1125 (including WhatsApp). 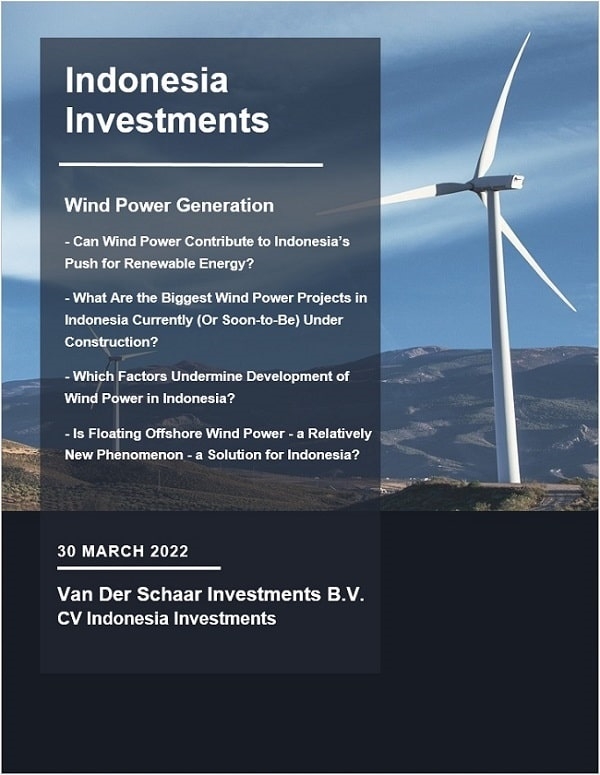